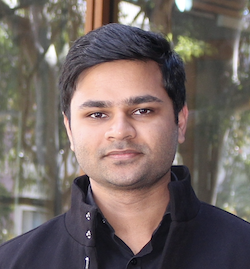 Master of Commerce (Big Data in Business and Finance), The University of Sydney, Australia

Mr. Ahmad Ali Karim served as a Development Manager for over 3 years at Katihar Medical College, Katihar, before he moved to pursue his postgraduate degree. He initiated and led a number of projects including development of subject outlines to improve the teaching-learning process; development of hospital-wide standard operating procedures; development of Grievance Cells; development of student leadership programmes, such as Activities and Welfare Committee, and Editorial Committee; development of student feedback mechanism to improve the teaching-learning process; establishment of emergency ambulance services; and designing of the gym of the medical college. He led the designing of the sports ground, and contributed to the designing of the hospital building and lecture theatre complex of the medical college. He actively contributed as a member of Internal Quality Assurance Cell in accordance with NAAC. His consistent interaction with the stakeholders helped solve the challenges that arise from time to time which ensured strong relationship between them and the organisation.

He joined Al-Karim University, Katihar, as the Executive Director in October 2021.

He is the recipient of the following awards: